The Best of Venice in 48 Hours

A name I always thought about. A place I dreamed about often. A city I saw in few romantic flicks. Little did I knew that one fine morning I will be finding my way on these group of islands located on the Venetian lagoon over looking at the Adriatic sea.

I can go on and on the geography of the place but I think I should move on. 🙂

So after work on a Friday evening, I took a bus from Heidelberg, Germany to Venice, Italy. It departed at 9:30 pm and reached at 7 am. It was all cloudy and the streets were wet. It was clear that the rain just stopped. Unfortunately, I got out at the very last station rather than at the Santa Lucia train station which is the place to get down at the grand canal. So I took a short train like shuttle called ‘People mover’ for 1.5 euros to get to the mainland of Venice. Without wasting any time, I bought myself a map. 😀 It looked like a big mesh but it had names of even tiniest streets of Venice.

I quickly located ‘Piazza San Marco’ on the map and made my way through the narrow streets and small bridges over tiny canals. It was drizzling a little bit but suddenly it started raining cats and dogs. It became so heavy that I had to buy a poncho to move around in Venice. Thankfully it stopped raining in an hour.

There is a big vegetable market very close to the iconic Rialto bridge. It had an amazing variety of pasta and lots of seasonings. I could not stop buying some pasta and seasonings from there. 🙂 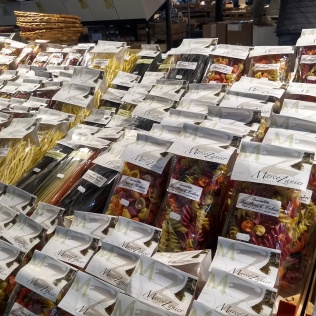 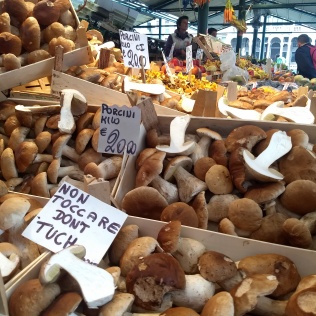 Piazza San Marco is the most famous square of Venice which has the iconic Saint Mark’s Basilica along with San Marco Cathedral tower. There was a long queue to get inside and you have to deposit if you are carrying big luggage. I think it took me 20 mins in the queue but it was all worth it. The interior is completely covered with the shimmery mosaic which gives the interior a very grand look. There is a 2 euro ticket to go in the innermost section.

The interior work is spectacular but what I learnt was that due to continue restoration work only less than 1/3 mosaics are the original one now. There is another 3 euro ticket if you want to climb up in the balcony. There is a small St. Mark’s museum which has few artefacts on display along with the original ‘Horses of Saint Mark’s. These horses are made with an ancient lost wax technique with 93% copper. The balcony gives you a good view of the square where the duplicate horses are installed as well.

Tip: You can get high-speed free wi-fi in the square. 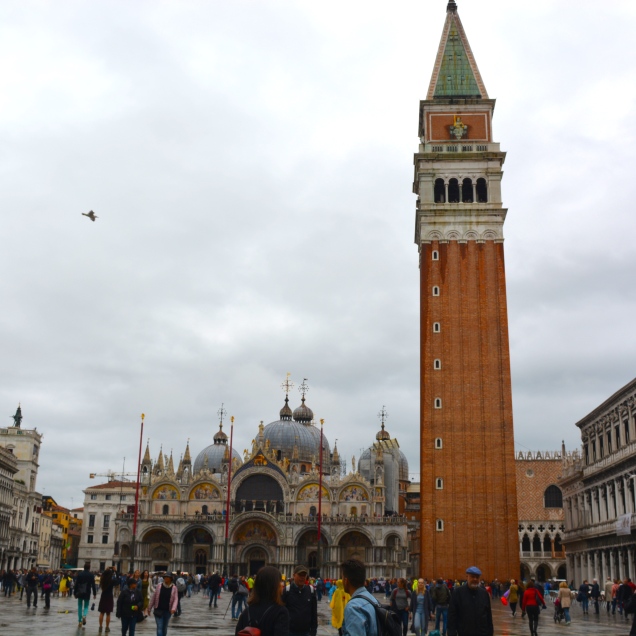 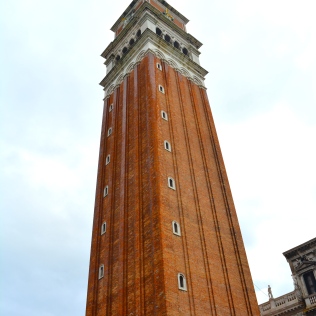 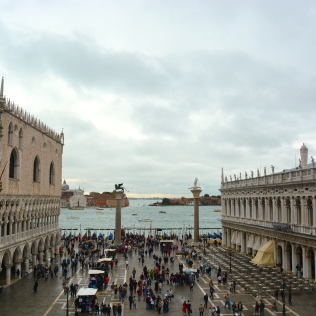 After that, I passed by the Doge’s palace which is a recommended museum but thought of not to go inside since I had little time in hand and I was more of an exploratory mood that day. I walked and walked and found a lot of people following the map and walking around. I took a long walk from the Doge’s Palace till the Naval Museum but sadly it was closed. But the walk was indeed beautiful with lots of sunshine and a long line of beautiful Italian cafes.

I was feeling hungry but was still looking for some small meal which I can finish. In one of those scanty streets, I found a very small pizzeria selling pizza by weight. 3.5 euros for 100 gms and an array of toppings to choose from. I settled for a primavera and triple cheese. It was totally delish and indeed authentic Italian. 😉 Even before reaching this eatery I got lost in these tiny streets twice and always counted on the kind locals to direct me to the right lane. 😛 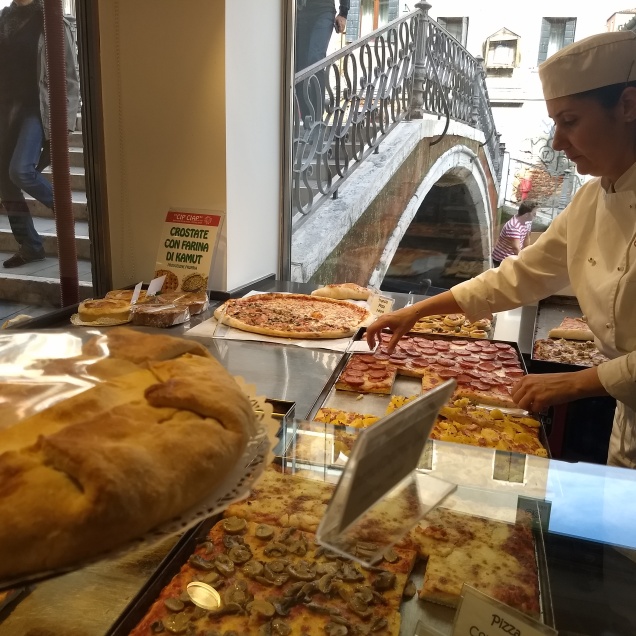 Late afternoon I took a train to another beautiful city ‘Padua’ or ‘Paduva’ which is just 20 mins away. The 2nd class train ticket will cost you only 3.5 euros. I will be doing a separate blog to share my experiences there. Next day I was back in Venice to explore nearby islands. I took an unlimited boat rides pass with one-day validity. It cost 20 euros and it was a good option to hop in to go to nearby islands and other points on the grand canal. I took a ‘water bus’ heading to the fisherman’s island – Murano.

Murano is famous for its colourful glass work and I was very keen to see the glass factory. The entry ticket for the live demo was 3 euros and it was really worth it. They melt the glass and use small tools to give it desired shape. On an average, they need to do 15 years of apprenticeship to become a master of this breathtaking art. I was stunned to see how what all can be done with glass manually. From small artefacts, to blown up toys, balloons to big chandeliers; everything was magnificent and grand in its own way. As a keepsake, I bought myself a watch with a glass ring on the dial. It was already late afternoon so I decided to eat at Murano and settled at a Cafe by the canal to have some Lasagna. It was little less than how I expected it but maybe that is how the authentic one is supposed to be. 🙂 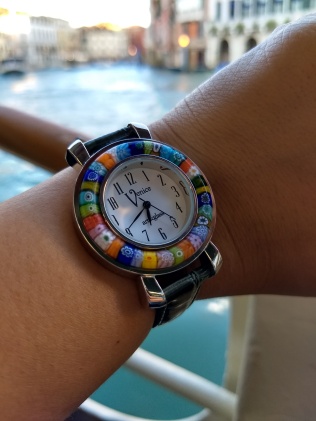 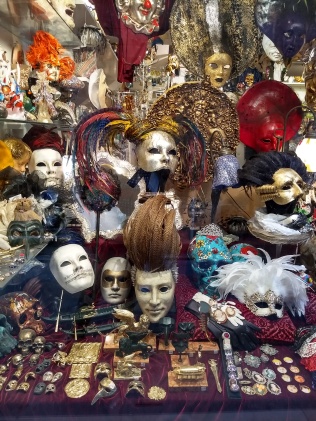 After coming back to Venice, I took it a little slow now. Just walking around, enjoying the breeze with scenic views of the sun dipping down. It was mesmerizing! Before leaving Venice I did buy myself a Venetian mask which is usually made on paper or ceramic and hand painted. They are majorly used during the annual Venetian carnival which happens in February. They come in all sizes, expressions and shapes. But beware of the cheap Chinese masks. Especially the small magnet ones. They are not authentic and in a way hurts the share of the local artists too.

In general, I really enjoyed my couple of days in Venice and I was dead tired too. But at the same time, I was excited about my overnight journey to Rome which I will round up in another blog post!

← 2 Days Trip to Badami: Back in the Ancient Times
Why Luzern Should Be on Your Bucket List While Traveling in Switzerland →